You must have JavaScript enabled
for this website to work correctly.

Enable JavaScript in your browser.

A Perfect Gift for the Holidays 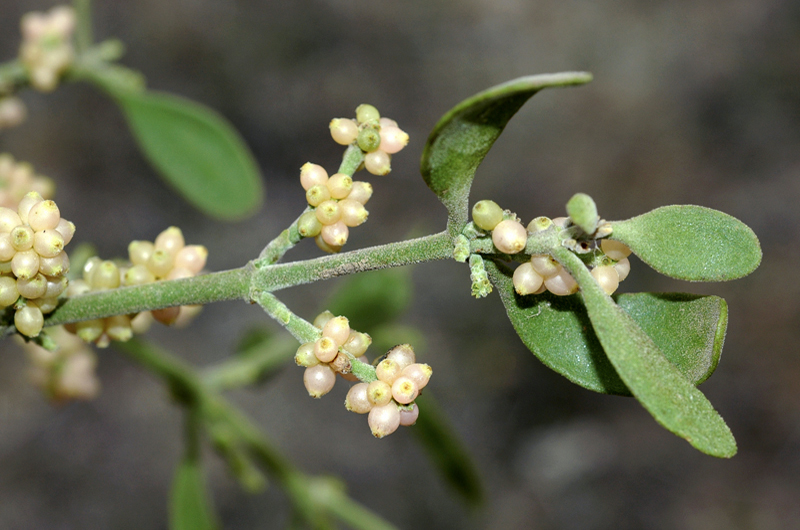 Mistletoe is the common name for many obligate hemiparasitic plants in the order Santalales. These plants attach to and penetrate the branches of a tree or shrub by a structure called the haustorium, through which they absorb water and nutrients from the host plant. The name mistletoe originally referred to the species Viscum album (European mistletoe, of the family Santalaceae in the order Santalales); it was the only species native to Great Britain and much of Europe. A separate species, Viscum cruciatum, occurs in Southwest Spain and Southern Portugal, as well as North Africa, Australia and Asia. Over the centuries, the term has been broadened to include many other species of parasitic plants with similar habits, found in other parts of the world, that are classified in different genera and even families such as the Misodendraceae and the Loranthaceae. In particular, the Eastern mistletoe native to North America, Phoradendron leucarpum, belongs to a distinct genus of the Santalaceae family. (The genus Viscum is not native to North America, but Viscum album has been introduced to California.) European mistletoe has smooth-edged, oval, evergreen leaves borne in pairs along the woody stem, and waxy, white berries that it bears in clusters of two to six. The Eastern mistletoe of North America is similar, but has shorter, broader leaves and longer clusters of 10 or more berries.

Kissing under the mistletoe is a Christmas custom for a couple who meet under a mistletoe to kiss. Mistletoe is commonly used as a Christmas decoration, though such use was rarely alluded to until the 18th century. The tradition has spread throughout the English-speaking world but is largely unknown in the rest of Europe. It was described in 1820 by American author Washington Irving in his The Sketch Book of Geoffrey Crayon, Gent.:

"The mistletoe is still hung up in farm-houses and kitchens at Christmas, and the young men have the privilege of kissing the girls under it, plucking each time a berry from the bush. When the berries are all plucked the privilege ceases."

Some claim that the origin of the tradition of kissing under the mistletoe goes back to ancient Norse mythology. According to the myth, a goddess named Frigg had a son named Baldr. When he was born, she made all plants unable to hurt him. Yet she overlooked the mistletoe plant, and a god known for his mischief, Loki, tricked another god into killing Baldr with a spear made of mistletoe. The gods eventually brought Baldr back to life, and Frigg declared that mistletoe would bring love rather than death into the world. People then kissed under the mistletoe to obey the goddess, as well as to remember Baldr's resurrection. Another theory is that the tradition originated in the ancient Babylonian-Assyrian Empire. Single women apparently stood under mistletoe hung outside the temple for the goddess of beauty and love. They were expected to bond with the first man that approached them - but they did not kiss.

Historically, mistletoe was seen as a supernatural, healing plant. It was believed to promote fertility, and its leaves were said to be an aphrodisiac. Mistletoe was once a part of marriage ceremonies for this reason, and was placed under couples' beds for good luck. The tradition later was found in England, when young men would kiss women standing under the mistletoe, and would pluck a berry from the bush after each kiss. After all the berries were gone, it was bad luck to continue kissing under that bush. It is important to remember that during this period a kiss was taken very seriously - it was usually seen as a promise of marriage.